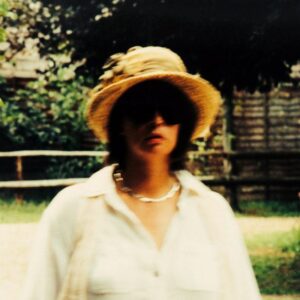 Pauline is a former lecturer at the University of Oxford and a Shakespeare scholar, and was appointed Leverhulme Fellowship at Shakespeare’s Globe to work with Mark Rylance and the directors and actors in its first six years as dramaturg and research resource.

She is the author of the snappily-entitled Screenwriting They Can’t Resist: How to Create Screenplays of Originality and Cinematic Power. Break The Rules and is a theatre and film consultant. Her monographs, Shakespeare’s Theory of Drama, and Staging Shakespeare at the New Globe were published to worldwide acclaim, and her best-selling Filthy Shakespeare: Shakespeare’s Most Outrageous Sexual Puns was an Observer Book of the Year. She is currently writing the first of a series of crime novels set in Italy, and a book about Keats.

WHY WE LOVE PAULINE

A Shakespeare scholar and award-winning playwright, Pauline is your go-to editor if you need feedback on a play or a screenplay.

WHAT PAULINE SAYS ABOUT EDITING

Working with writers to help them create work of originality that’s worthy of publication or performance is a passion that never seems to diminish for me. I loved being a teacher at Oxford which showed me how crucial it is to focus on how to develop the individual’s strengths and to gain self confidence in their work. That’s why, above, all, it is important to help writers realise their potential by finding their unique voice. This has been my goal in all my creative writing classes and workshops, and in my literary consultancy work. There is nothing more rewarding than seeing a writer, or aspiring writer, create work that is the best it can be.

Quite often, I see work that has potential but requires some rethinking – a ‘re-framing the picture’ to enable the writer to see where things have gone a little awry. Also, some manuscripts fall down on style and grammatical errors. I enjoy line-editing as well, for this reason.

It’s all about supporting the writer’s individual vision.

What Pauline works on

Staging Shakespeare at the New Globe

What have we learned from the first experiments at the reconstructed Globe on Bankside? Written by the Leverhulme scholar appointed to study actor use of the space, this is the first analytical account of the discoveries that have been made in its important first years. Kiernan relates her findings to what we know of original staging practices in Shakespeare’s time to show how actors, directors and playgoers have responded to the demands of ‘historical’ constraints – and unexpected freedoms – to offer valuable insights into the dynamics of Elizabethan theatre.

Why did Shakespeare write drama? Did he have specific reasons for his choice of this art form? Did he have clearly defined aesthetic aims in what he wanted drama to do – and why? Pauline Kiernan opens up a new area of debate for Shakespearean criticism in showing that a radical, complex defence of drama which challenged the Renaissance orthodox view of poetry, history and art can be traced in Shakespeare’s plays and poems. This study, first published in 1996, examines different stages in the canon to show that far from being restricted by the ‘limitations’ of drama, Shakespeare consciously exploits its capacity to accommodate temporality and change, and its reliance on the physical presence of the actor. This lively, readable book offers an original and scholarly insight into what Shakespeare wanted his drama to do and why.

At a time when mainstream and independent film producers are despairing at their slush piles of tent-pole scripts that are derivative, formulaic and forgettable, desperately searching for bold and original work, screenwriter and Shakespeare scholar Pauline Kiernan offers a radically new and provocative approach to screenwriting for writers who want to discover how to create screenplays that are daring, inventive and wholly original- and have a real chance of getting developed…

“Having your work evaluated as a complete novice is a daunting prospect, however, Pauline offered encouragement and praise while giving sound advice on how to improve and move forward with my work. The improvements made and encouragement given, gave me the confidence to pursue the avenue of writing as a potential career and as a result I have know been accepted on a full time University MA course in Creative Writing.”

“Dr Pauline Kiernan’s mentoring and script reports are like taking a masterclass in screenwriting. She infused a confidence and belief into my writing when I felt like I had hit a dead end. I really felt Pauline heard my voice in the writing and encouraged me to tell my own unique story. Her support and advice has been an inspiration.”

“I am grateful to you for taking the time and trouble to respond to my concerns. I feel greatly heartened and will now rework the book in the light of your suggestions.”

"Thank you so much for taking your time to read my project. I am grateful for the extra work that you have done on it. It means so much to me. Thank you. I am sure I will require your services in the future."

"I want to say how moved I am that you worked so hard on my material. I have incorporated every change you suggested. And I have learned a lot from your edit. You must be a wonderful teacher and I feel privileged."