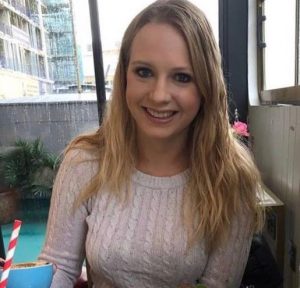 Becky has over eight years’ experience in the publishing industry. She started her career grading and passing the more promising submissions through to a literary agent. Since then, she’s worked in both and editorial and PR capacity. On the PR side, she worked at two major publishers – Transworld (part of Penguin Random House) and Headline (part of Hachette). She worked with a variety of fiction and non-fiction authors, across a variety of genres. She helped launch the career of debut authors such as Shari Lapena and Karen Hamilton, as well as working with brand women’s fiction and crime/thriller authors. She attended in-house focus and acquisitions meetings, so has a strong idea of what publishers are looking for on the industry side of things.

Over the last two years, she’s been working on a freelance basis, in both an editorial and PR capacity. On the PR side of things, she works independently with authors, as well as for agencies such as Midas PR, working mainly with fiction authors. Editorially, she works with aspiring and self-published authors, as well as on a project-by-project basis with traditional publishers, such as Bloomsbury. She prides herself on giving thorough, in-depth reports, and loves to see the improvements an author makes with editorial feedback.

She is also an author in her own right, and has written a thriller for Orion and a women’s fiction novel for Headline, both under pseudonyms. The latter has sold in multiple global territories, including the US. She is currently writing a second women’s fiction title, under the same name, for Headline, and is represented by Sarah Hornsley at PFD.

WHY WE LOVE BECKY

We love Becky so much that we asked her to do a video course for us ‘Write a Novel in Six Weeks’, available from October 5th for Jericho members. With experience in editorial, PR, and being on the author side of the process, Becky has the expertise to help whip your manuscript into shape.

WHAT BECKY SAYS ABOUT EDITING

Books and writing are my passion – I love reading books, writing them, and helping authors to develop their novels into something they can be truly proud of. Helping aspiring authors to develop their MS is one of my favourite things to do – I love helping an author to get to that ‘aha’ moment where they understand a key concept, such as show don’t tell, or where a plot or character issue that they’ve been struggling with finally slots into place. I am thorough, thoughtful and approachable when I come to my editorial work – I want to be someone who is on the author’s side and helps them through the sometimes isolating journey of writing, whether that’s as a one-off MS assessment, or else a longer term relationship of mentoring. I read widely, and have worked on a variety of genres during my time in publishing, and particularly love working with crime/thrillers, women’s fiction, literary/literary crossover (or ‘book club’ books) and YA – but this list is not exhaustive, and sometimes the best books that come to us are the ones we weren’t expecting.

What Becky works on

"Becky’s report was everything I could have hoped for and an awful lot more as well. It was a towering piece of work."

"I am still a bit blown away by how incredibly thorough, helpful and insightful Becky's assessment is."

"Becky put so much into this, and her insights were so helpful, clear, creative and generous, I was frankly a bit blown away - (in the best possible sense!)"

"Becky has enlightened my own appreciation for my work; what is possible and what I can do to learn and improve."

"Becky's report is incredibly thorough and helpful in so many ways."