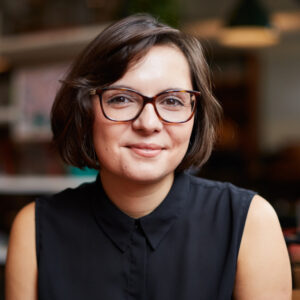 Natasha is an author, PhD researcher and creative writing teacher. Her debut psychological thriller, His Perfect Wife, was published by Penguin in 2018 and her second novel, This Nowhere Place came out in 2021.

Natasha holds an MA in Creative and Life Writing from Goldsmiths and is currently working on a practice-led PhD in autofiction. She teaches introductory and novel-writing courses at City Lit, mentors for The Riff Raff, and previously worked as a sub-editor at The Press Association.

She loves narrative in all forms, but has a particular passion for psychological suspense, women’s fiction and stories that blur the line between truth and fiction.

She’s lived in the US and the UK, and currently resides in south-east London.

WHY WE LOVE NATASHA

Because she reads so widely, Natasha is the perfect editor for anyone writing suspense in any contemporary genre. She has years of experience as an author and tutor at a prestigious university and specialises in helping writers write the book they really want to write.

WHAT NATASHA SAYS ABOUT EDITING

Writing is hard, but it doesn’t have to be lonely. I’ve been lucky enough to find communities and mentors to help me through. As a teacher, I’ve also been lucky enough to help others discover their voices and develop their practice. It’s essential, I think, that writers at all levels support each other.

The biggest things I bring to an editorial project are passion and curiosity. I used to love Maths and have an extremely logical brain, so I’ll always have an eye out for inconsistencies, plot holes and contradictory characterisation. My first and most important task, though, is to explore the world you’ve built. My aim is to get right inside your narrative, to understand its ambitions, and to help find the very best ways to bring those out on the page.

What Natasha works on 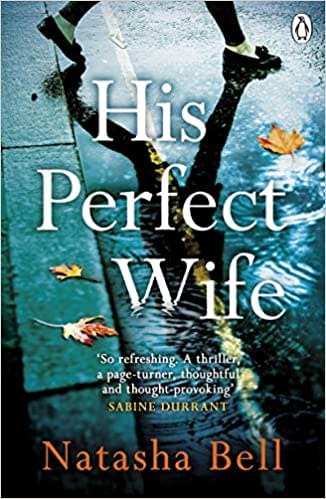 Alexandra Southwood has vanished. Her husband is beside himself and it isn’t long before the police are searching for a body. But Alexandra is alive and she’s no ordinary missing person. Neither, it seems, is she quite the perfect wife… 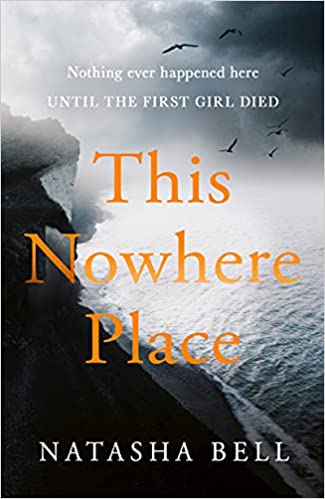 Nothing ever happened here . . . Until the first girl died.

Ten years ago, Mo arrived at the white cliffs of Dover, befriended by teenagers Cali and Jude.

They thought they’d save each other, yet within months their friendship would see two of them dead and the third scarred for life.

Now documentary maker Tarek and his film crew are in town, asking difficult questions about what happened that summer.

Because in the shadow of the white cliffs it’s easy for people and their stories to get lost . . .

And as Tarek will discover, the truth is something that must be unburied carefully.

This Nowhere Place is a tense and atmospheric mystery about the aftermath of a fateful and fatal friendship, perfect for fans of Emma Cline and Jane Harper.

"Everything you’ve said makes a lot of sense. Thanks so much... the feedback was incredibly detailed and clear. I feel encouraged because I now know exactly what I need to focus on. "

"Receiving objective feedback that didn't come from family, a friend, or someone who owed me money was ridiculously helpful. Natasha's thoughtful and reasoned critique identified both strengths and weaknesses, providing encouragement on the former and potential solutions for the latter. I found her insights regarding point of view, pace, tension, and narrative flow particularly useful, and when my novel is published I will definitely be adding Natasha and Jericho Writers to the looong list of thank yous on the back pages."<br />

"Thank you for your review of my novel, and especially for the kind and thoughtful way in which you have presented your criticism. For the first time in eleven years, I believe I am capable of producing a publishable work."

"I am so loving re-editing my work in line with Natasha Bell's brilliant observations and advice, I became lost in watching my story tighten and improve. "