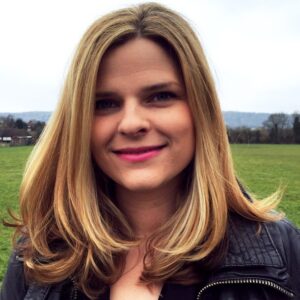 Holly is an international bestselling author with three published novels to date.

Holly Seddon is the international bestselling author of Try Not to Breathe, which has been translated into nearly 20 languages and has sold around 300,000 copies in all formats across the world. Her follow up thriller Don’t Close Your Eyes was released in 2017 and became a number one audiobook. Love Will Tear Us Apart, Holly’s first women’s fiction novel, was published in 2018 and shortlisted for the Hearst Big Books Award, 2019.

Her fourth novel, thriller After Dark, will be published in early 2021 by Trapeze (Orion). Holly has particular interest in crime, thriller and literary women’s fiction. Alongside fellow author Gillian McAllister, Holly co-hosts the popular Honest Authors Podcast and has recently started her first solo podcast, The Second Act with Holly Seddon. She was previously a journalist and editor, specialising in feature writing with particular interest in parenting, fitness and lifestyle. Holly lives in Amsterdam with her husband, four children and two dogs.

WHY WE LOVE HOLLY

Holly is endlessly supportive and encouraging of every writer we send her way. We love her concise and on-point editorial style. Holly is also on the Jericho Writers core team as our Community Manager and we can confirm she is an absolute star to work with!

WHAT HOLLY SAYS ABOUT EDITING

I understand that sometimes the difference between a good book and a great book is getting the right advice. My own writing has benefited enormously from professional and peer insights, which have helped turn my promising manuscripts into bestsellers. Now I would like to share what I’ve learned to help other aspiring writers find their voice, polish their plots and achieve success.

Throughout my years as a feature writer, I have learned to get to the heart of the story and shape it in a way that keeps people reading. And as an editor, I have a critical eye and attention to detail. I promise to be encouraging and kind in my feedback, as I know how hard you will have worked on it. I particularly love novels with shades of grey, where villains have a back-story and heroes have their secrets. And I love to see women portrayed in all our messy, funny, glory. I am happy to take on line editing and development editing work.

What Holly works on

Love Will Tear Us Apart 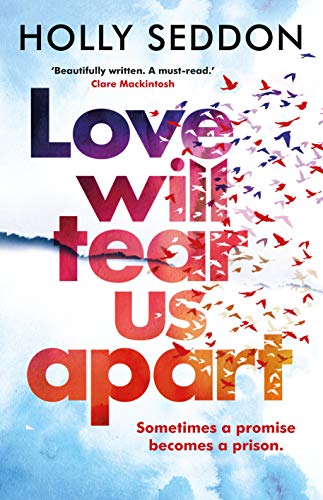 Sometimes a promise becomes a prison.

Fearing eternal singledom, childhood friends Kate and Paul make the age-old vow that if they don’t find love by thirty, they will marry each other. Years later, with the deadline of their 30th birthdays approaching, the unlikely couple decide to keep their teenage promise. After all, they are such good friends. Surely that’s enough to make a marriage?

Now, on the eve of their 10th wedding anniversary, they will discover that love between men and women is more complex, and more precarious, than they could ever have imagined. As Kate struggles with a secret that reaches far into their past, will the couple’s vow become the very thing that threatens their future?

Robin and Sarah weren’t the closest of twins. They weren’t even that similar. But they loved each other dearly. Until, in the cruellest of domestic twists, they were taken from one another. Now, in her early 30s, Robin lives alone. Agoraphobic and suffering from panic attacks, she spends her days pacing the rooms of her house. The rest of the time she watches – watches the street, the houses, the neighbours. Until one day, she sees something she shouldn’t…

And Sarah? Sarah got what she wanted – the good-looking man, the beautiful baby, the perfect home. But she’s just been accused of the most terrible thing of all. She can’t be around her new family until she has come to terms with something that happened a long time ago. And to do that, she needs to track down her twin sister. But Sarah isn’t the only person looking for Robin…

Try Not to Breathe 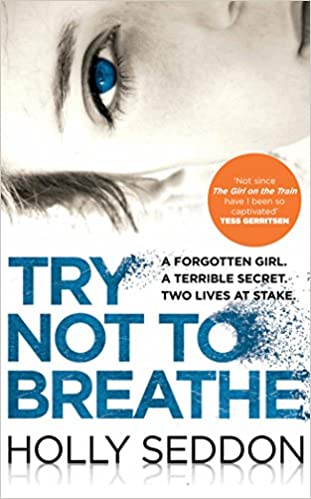 The most talked about psychological suspense novel of the year, loved by Marian Keyes and Tess Gerritsen. Once you start reading TRY NOT TO BREATHE you will be hooked on this gripping, fast-paced thriller. You won’t be able to put it down. Just remember to breathe.

Alex is sinking. Slowly but surely, she’s cut herself off from everything but her one true love – drink. Until she’s forced to write a piece about a coma ward, where she meets Amy. Amy is lost. When she was fifteen, she was attacked and left for dead in a park. Her attacker was never found. Since then, she has drifted in a lonely, timeless place. She’s as good as dead, but not even her doctors are sure how much she understands.

“Holly Seddon came back to me with a great and extensive report, much more detailed than I expected. So, great value for money!” <br />