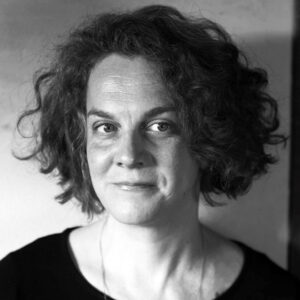 Elizabeth is an award-winning author with 20+ years of editorial experience, in both fiction and feature film.  She is a development editor for the award-winning crowdfunding publishers Unbound.

She also teaches Creative Writing at Oxford University and is the arts Trustee at the inter-disciplinary creative and academic charity, The Blackden Trust.

Elizabeth’s debut novel Nightdancing (Headline) won a Society of Authors’ Betty Trask award and was shortlisted for the Pendleton May First novel award.  Her second novel, The Ingenious Edgar Jones, a historical fiction/ fantasy based in Victorian Oxford, was published in both the UK and USA to critical acclaim.  She is currently developing  a collection of rewritten Folk Tales – Lost & Found – in collaboration with the Young Wood Engraver Of The Year, Phoebe Connolly.

In her role at Unbound, Elizabeth worked with Rose Cartwright on the development and editing of her award-winning memoir PURE, which was adapted into a Channel 4 TV drama.

“Thank you for your tremendous work on my novel and the very detailed report. I am now busy digesting it! You have been encouraging but also straight with me, which is what I need.”

“Just a quick note to say thanks, as I am thrilled with the notes you have prepared for me, and they were certainly worth waiting for. Not only were you definitely the right person, but I feel that you have also gone above and beyond.”

"I just wanted to let you know how immensely pleased I was with the service Elizabeth has provided."

"I have received frank, expert guidance delivered with infinite warmth and professionalism. As such, I would highly recommend Elizabeth Garner and Jericho Writers to anyone in need of in-depth editorial direction with the view of taking their work to the next level."

WHY WE LOVE ELIZABETH

Not only is Elizabeth an award-winning novelist and script editor, she also has an extremely keen eye for characterisation and plotting. This is what makes her an incredibly talented editor, that is both thorough and scrupulous in her assessments. Indeed, going above and beyond for her authors is simply how she works. That’s why we can say with confidence that there is rarely a stone left unturned when she focuses on a manuscript. Brimming with astute observations and step-by-step methods for implementation, it is no surprise we get a number of her students returning time and time again for her comprehensive feedback. She is a truly remarkable teacher and editor.

WHAT ELIZABETH SAYS ABOUT EDITING

I am passionate about demystifying the writing process and building authors’ confidence along the way.  As both a writer and an editor, I understand that the completion of a first draft is a huge achievement.  I believe that every writer has their own individual voice that deserves to be nurtured.

My experience across both the film and publishing industry has given me a strong understanding of genre, character development  and structure. As such, I work closely with my clients offering them specific, practical guidance that they can apply directly to their manuscript to enable them bring out the full potential of their ideas.

I work across a broad range of genres: literary fiction, thrillers, women’s fiction and memoir.  I am also interested in projects that cross these boundaries and play with the readers’ expectations.

What Elizabeth works on

Set in nineteenth-century Oxford, and shot through with a powerful sense of magic, Elizabeth Garner’s new novel will appeal both to fans of historical fiction and to the huge Susanna Clarke/Philip Pullman fanbase.

In nineteenth-century Oxford, an extraordinary child is born – Edgar Jones, a porter’s son with a magical talent. Though his father cannot see beyond his academic slowness, his abilities as a metalworker and designer are quickly noticed, and become a source of tension within the family. When Edgar comes to the attention of a maverick professor at work on a museum of the natural sciences, Edgar is at once plucked from obscurity and plunged into the heart of a debate which threatens to tear apart the university. Edgar’s position is a dangerous one – will he be able to control the rebellious spirit that fires his inventiveness, but threatens to ruin him, and to break up his family once and for all?

A couple fall in love at first sight – a magical encounter. They search for a home, and soon they are building a charmed life together on the fringes of Wimbledon Common. But when summer arrives, and with it, two gregarious neighbours, their haven is transformed. In the course of lazy days of sunshine and long, hedonistic nights, the boundaries between the two households blur, and the lovers’ faith in each other is put to the test. Deep-seated tensions surface, which gradually give way to fears that echo through their days, and haunt their nights. NIGHTDANCING is an unforgettable portrayal of the transforming power of young love, and the darkness that can be born of an ordinary relationship.

Lost & Found is Elizabeth’s own retelling of 15 treasured folk tales that have nurtured and sustained her; terrified and enthralled her in equal measure. She has collaborated with Young Wood Engraver of the Year Phoebe Connolly to create an illustrated, beautifully crafted book that is true to tradition and also speaks directly to the modern world.