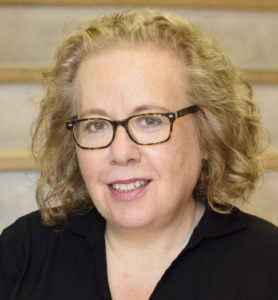 Her debut novel, She Came To Stay, was selected by Hachette for their Future Bookshelf initiative. It’s an Amazon number 1 bestseller and was longlisted for the Guardian’s Not the Booker Prize.

Her writing has appeared in the Guardian, the Observer, Marie Claire, Grazia, You, Stellaand Red, among others. She has spent her career predominately in women’s publishing.

Born in London to Greek Cypriot parents, Eleni is particularly interested in stories about people who feel they don’t belong. She’s obsessed with the 1950s, but equally loves contemporary fiction.

She’s now freelance and also mentors UK-based writers from marginalised backgrounds who are working on their first novels. You can find her on Twitter, Insta and FB: @elenikwriter and her website is www.elenikwriter.com

WHY WE LOVE ELENI

Eleni is an award-winning editor and journalist. She has experience across broadsheets, magazines and websites and has edited two national magazines and also worked in digital media.

WHAT ELENI SAYS ABOUT EDITING

Everyone needs someone on their side, and I’d love to be on yours. I’ve been lucky enough to receive so much encouragement during my writing journey, so I know how exhilarating it can be when someone sees what you’re trying to do and steers you in the right direction.

My goal is to offer honest, kind advice. I won’t give you the answers (those can only come from you) but I’ll get you to ask yourself all the right questions, to understand the areas where you’re doing well and look carefully at those where more work may be needed.

Writing is wonderful, but can also be ridiculously difficult. More than anything, my goal is to give you practical tools so you can take your work onto the next stage – whatever that may be. I’m particularly interested in stories with a strong sense of time and place, and where women take centre stage. I’m happy to accept line editing and developmental editing. I can also offer a follow-up session if desired.

What Eleni works on

She Came to Stay 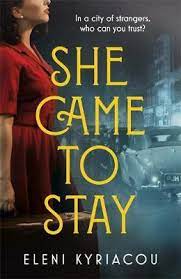 A story of friendship, secrets and betrayal set in the glittering world of 1950s Soho, London.

'Thank you very much for your very detailed and honest assessment of my manuscript. I really appreciate it, and feel this is exactly what I needed to help me improve the draft significantly.'

'Thank you so much for the prompt and detailed response in your assessment. I can't tell you how valuable it is to me as a first time writer to have this level of feedback. I feel more confident going forward that I can make this as good as it needs to be to have a shot at getting published.'

'Wow, and thanks! After reading your comments I think I am on the right path and I understand where I need to go with this MS. I'm so grateful for your guidance.'