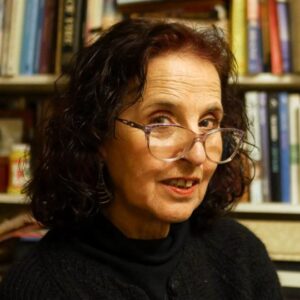 Debi has now set up her own imprint and has re-published both novels as e-books, along with the other three in the Nirvana series.

Since 2006, Debi has spent most of her time helping other writers to perfect their novels through critiques, mentoring, Book Doctor sessions and creative writing workshops. She edits in all genres and many authors that she has worked with have been signed up with agents and gone on to see their books published.

She also runs the phenomenally successful Jericho Writers’ Self-Edit Your Novel course, together with Emma Darwin. An astonishing one in five authors have gone on to be published following the course. Debi also acts as a competition judge and is a reader for the Costa Short Story Awards.

* Please note that, due to extreme demand, Debi only works with self-edit alumni and previous clients *

WHY WE LOVE DEBI

Debi has been one of our top editors since 2005. Her phenomenally successful Self-Editing course has been running since 2011 and has helped 1 in 5 writers to success. Debi IS Jericho Writers.

WHAT DEBI SAYS ABOUT EDITING

I believe that the role of an editor is to help authors to write the book they want to write – and, in many cases, believe they already have. It is a collaborative process and authors should divide feedback into categories of accept, adapt or reject.

There will hopefully be suggestions in my reports that make sense and that you accept that by implementing them, you will end up with a better book. Then there may be some advice that you absolutely reject. You are the author and creator of this world, so that is your privilege and the last word has to be yours. You may feel that making an adjustment in a different place or using a different technique will be a better solution than my suggestions. This is exactly as it should be and what makes the book your own. I am happy to use email to discuss or clarify anything after sending the report if you would find that helpful.

What Debi works on

Jo Cooper leads an uneventful life, selling jewellery on a Greenwich market stall, babysitting her neighbours’ kids, and trying not to pay too much attention to the noises made by the S&M devotees who live next door. Home for Jo is a top floor flat in the Old Kent Road council block, Boddington Heights. An ex-drug-addict herself, she has a penchant for rescuing people: waifs and strays, a Ukranian refugee whose cause she champions and the man in buttock-less leather trousers she finds chained to the roof of her building.

Contemporary urban thriller set among the sub-cultures of South London. When Jenny Stern goes for an interview at the BBC, she recognises her prospective boss as Stapled Stan, a regular on the S&M scene. Stan is being blackmailed and Jenny and her fellow members of the Nirvana Housing Co-op agree to help him. But all is not as it seems; a tropical fish shop in Bermondsey is hiding a dark secret with implications that stretch far beyond their little patch of South London.

Most people would be overjoyed at the offer of an all-expenses-paid trip to the Costa del Sol. But Jo isn’t so sure. All she has to do is find Matt – the teenage nephew of her mate’s bloke. It all sounds so easy … So why does she feel so anxious?

Me, John and a Bomb

What makes someone want to build, set and detonate a bomb? In the case of anarcha-punk, Suky Higham, aka Sky High, it’s a combination of rage, frustration and confused politics. It’s hard to do on your own though. So when Sky saves a suicidal teenager, John Griffiths, she sets about inducting him into her lifestyle of petty crime and sabotage.

In the fifth and final novel in the Nirvana series, Jen and Jo both find themselves embroiled in unexpected ways in family crises. It’s especially surprising for Jo, who never knew she had a family in the first place. Jen too has to question her decision to cut herself off from her judgemental brother and his family. Meanwhile, there’s murky stuff going on round the closure of a local swimming pool and the Nirvanans go into battle against local government corruption.

"Debi's feedback is great. It‘s wonderful to get a professional, laser-sharp insight into the story structure. I’m now fired up to take the story to the next (publishable) level."

"I was delighted with Debi’s feedback. She’s been brilliant, as ever, and very encouraging. As well as writing her initial report, Debi has also been very generous with her time on follow-up communication."

“Thank you for the course pack and thank you so much for all your help and feedback. The course has been the best thing ever in helping me develop my writing skills and make new writerly friends."