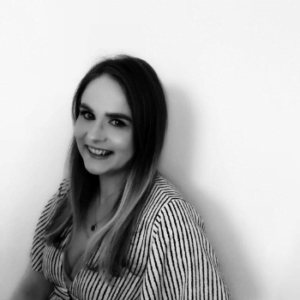 Clare Coombes is an author, editor and literary agent with over 15 years’ experience of writing and editing professionally. She is a co-founder of the first Liverpool-based literary agency, who has already closed a number of major multi-book deals for debut authors since launching in late 2020. Clare is a published author of two novels, Definitions (2015) and We Are of Dust (2018) – which received development funding from the Liverpool Film Office for a TV adaptation. Her experience spans the breadth of editorial services and includes work across a variety of forms including full fiction manuscripts, anthologies, non-fiction proposals and pitches for film and TV. She also has a background in PR and marketing, alongside teaching roles on creative writing programmes, including at post-graduate level, on topics from approaching an agent to self-editing.

“Clare and the team combine their market savvy and editorial know-how with great local knowledge. We’re already enjoying exciting submissions from LLA and we look forward to discovering more voices from across the region to bring to readers everywhere.”

WHY WE LOVE CLARE

Clare draws upon an eclectic mix of industry experience to guide her authors through their edits. So committed to helping authors achieve their goals is she that, in addition to being one of our trusted editors, she takes part in our agent 121 sessions. Her in-depth knowledge of what commissioning editors expect to see from a submitted manuscript has been praised by both ourselves and major publishers. It’s impossible to deny that she knows what the market wants. Clare really cares about making the industry more accessible and less London-centric, which we think is incredibly important for our authors. She works across a wide variety of genres, and with her eyes on your manuscript, you get the perspective of a writer, editor, and literary agent all in one.

WHAT CLARE SAYS ABOUT EDITING

I am passionate about helping aspiring writers, as I have been through the full process of drafting, editing, pitching, publishing and marketing my own novels and many others. I use my background in PR and marketing to analyse what a book needs to get the attention of a publisher and reader. Through this I can advise on how to make a book work for the industry and trends without taking away anything about who the writer is and the message they want to put out there. I set up my literary agency to help address inequality and underrepresentation in the publishing industry after reading the Common People: Breaking the Class Ceiling in UK Publishing so I could boost confidence, connections and opportunities for new writers. I love historical settings, women’s fiction, psychological thrillers, unreliable narrators, duel narratives and stories about identity and our place in the world. You can send me anything from a Marian Keyes to an M W Craven.

What Clare works on

The sudden disappearance of Charley Ellison’s sister leaves too many unanswered questions. With no close family, and the police showing little interest, Charley must track down Gina herself, using her sister’s custom definitions – random words and sentences summarising life events. This leads Charley to realise how little she really knows about Gina’s relationship with her fiancé and his family.

We Are of Dust

‘You wouldn’t have got close to me if you’d known who I was.’ After all, she had been taught to hate him too.

Alice Sommer, the half-Jewish daughter of a prominent German physicist, and Kurt Hertz, a troubled Hitler Youth from the poorest district of Berlin, couldn’t have less in common; but when they each find themselves on the run from the Gestapo, cast adrift aboard a ship of spies, refugees and resistance fighters, their destinies become inextricably linked. With the ship becoming a matter of special interest to some of the most influential members of the Nazi Party, the stakes are raised even higher. Will Alice and Kurt be able to put aside their seemingly irreconcilable differences for the sake of their own lives? For fans of Rose Under Fire, The Book Thief and Between Shades of Gray.