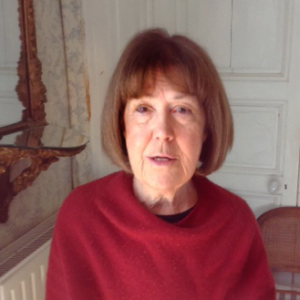 Chloë Rayban is best known for her YA novels. Her wacky, humorous ‘Justine’ novels have been shortlisted for the Carnegie Medal and twice for the Guardian Fiction Prize. One of them was made into a feature film by Columbia Tristar. Over the past twenty-five years, her books have been published by Random House, Harper Collins, Hodder, Headline and Bloomsbury. She enjoys writing for all age groups, YA, Middle Grade and Early Readers. Under her real name – Carolyn Bear – OUP publishes her books for younger children, the most popular being the Scrapman series, which sells worldwide, most recently in China. She says her books “grew up with her children” and she now also writes both fiction and non-fiction for adults

WHY WE LOVE CHLOE

Her particular blend of fantasy found in the midst of modern-day life may have something to do with her unusual world-view – possibly caused by having a degree in Philosophy.

WHAT CHLOE SAYS ABOUT EDITING

I’ve generally been on the receiving end of editorial advice and I’ve found the help my editors have given me over the years invaluable. I find it fascinating to see the same challenges being faced by fellow writers. A writer, in the process of creating, often gets bogged down in the nitty-gritty and can’t see where their strengths lie. ‘Looking over a writer’s shoulder’ so to speak, allows an editor to see the bigger picture. If I can communicate where the essence of a writer’s story is, and which elements are really working, I feel I have done my job. The topics I like tackling are story pacing: Where do the highs and lows occur? Is there enough plot knitting. Are the climaxes in the right place? Dialogue: Is it in character? Does it sound natural? Is it moving the story forward? And is there a good balance between showing and telling. I have a little selfish motive too – you learn so much from helping other people with their writing.

What Chloë works on 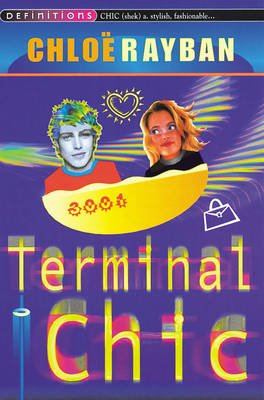 These days falling in love can happen at the touch of a button and when it happens to Justine, it happens in a BIG WAY! A few e-mails and she’s head over Gucci heels in love with Los, but there’s just one snag: He’s from the year 3001. Justine is going to have to time travel to be with the one she loves but will she adjust to the technically advance society Los lives in? And will Los be able to adjust to Justine’s way of seeing things? All’s fair in love and cyberspace. A fun and stimulating look at life in the future. Will future scientists really prove that love is just a hormone imbalance curable with medication? What will be the role of men as cloning and genetics advance? And as technology and medicine improve – where will we put all our great-great-great-great-great grandparents? 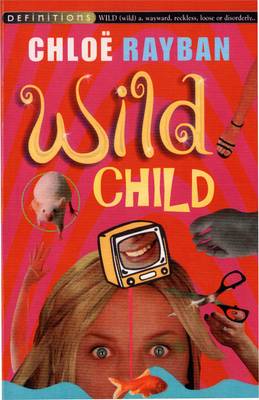 Justine Duval has modest goals in life: to attain celebrity status, earn stacks of cash, be drop dead gorgeous and find pure, unadulterated love. Simple. By achieving her ambitions of fame, money, beauty and a bloke, Justine will cunningly evade ever becoming Grown-Up-and-Past-It. And a bizarre meeting with her future self – ten years older and ten years wiser – gives Justine the chance to really get to grips with her ultimate destiny…in more ways than one.

If you have a chance to work with Chloe Rayban, jump at it. Chloe reviewed my manuscript, offering thoughtful, sensible, and kind critique. Her critique was so helpful that I signed on for a follow-up consultation after I made revisions. Again, her feedback was constructive and enormously helpful. My work is much stronger as a result.

I found Chloe's feedback invaluable. It was extremely constructive, highlighting a number of crucial areas for me to work on. It was so helpful to have her question certain aspects of my manuscript, enabling me to grasp how a reader might understand my story - or not! She made a number of excellent suggestions for me to pursue to improve my writing. All of this was presented encouragingly and I felt positive about my work and my ability to make changes. Thank you so much for your help - it was an absolutely essential service!

I was expecting the usual sinking, take-a-deep-breath and be-a-grown-up feeling but am surprised to discover that I'm laughing with delight at some of Chloe's suggestions. There's a lovely serious hilarity, which is what I hoped for when I chose her...many thanks for the detailed and very helpful suggestions. I appreciate them hugely and am delighted to have chosen her!

I'm pleased that Chloe enjoyed my book. I've been working on it for a number of years now. While I feel incredibly passionate about it, I was getting close to giving up as it didn't feel like I was getting anywhere with agent submissions. Chloe's feedback has galvanised me to keep going.