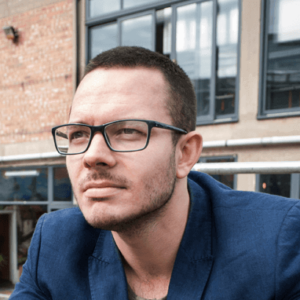 Wes Brown is a writer, editor and researcher with a background in the publishing industry and many years’ experience of teaching creative writing.

Wes was the founding editor of Dead Ink Books, young writer’s co-ordinator at the National Association of Writers in Education and has worked freelance for many literature organisations. He has written for the Times Literary Supplement, Literary Review, New Humanist and his debut novel, Breaking Kayfabe, will be published by Bluemoose in 2023.

Wes strongly believes in working with authors to achieve their own artistic ideals rather than project his own. Wes loves non-fiction narratives, memoirs, literary and speculative fiction.

“I greatly appreciate the assistance Wes Brown has provided on my project to date. I originally approached him with a draft for editorial assessment, one that I was struggling to take further within the limits of my own imagination and writing talents. From reading his report he has shown all the qualities I was hoping to find in an editor.”

“I had no idea of the value that an editor could bring until working with Wes. Recommend very highly.”

“Working with Wes was not just a productive and worthwhile collaboration on a piece of work very close to my heart, it was also an education in the overall craft of writing.”

WHY WE LOVE WES

Wes is a tutor on our Ultimate Novel Writing Course and has valuable experience as a writer, editor and university lecturer. Wes’ combined industry and craft knowledge makes him one of the most useful editors on our list, particularly if you’re writing contemporary fiction, YA or memoir.

WHAT WES SAYS ABOUT EDITING

My years of teaching have taught me how to combine theory and craft into practical advice that is easy to understand. Having worked in the industry as a publisher and bookseller, I’m aware of the commercial and real world considerations that go into the creation of a book. As a writer, I know what kind of advice you’re looking for and what you most need from an editor.

I am interested in editorial assessment of contemporary fiction, YA and all forms of creative nonfiction – including memoir, auto-fiction and literary journalism. I love being able to reverse engineer a book, open it up, and see how it works. I try to understand the ambitions of my client to give them advice that is most suitable to their aims. There is more than one way to write a book and I tailor my advice to suit the needs of my client. I take a great deal of satisfaction in helping authors help themselves.

What Wes works on