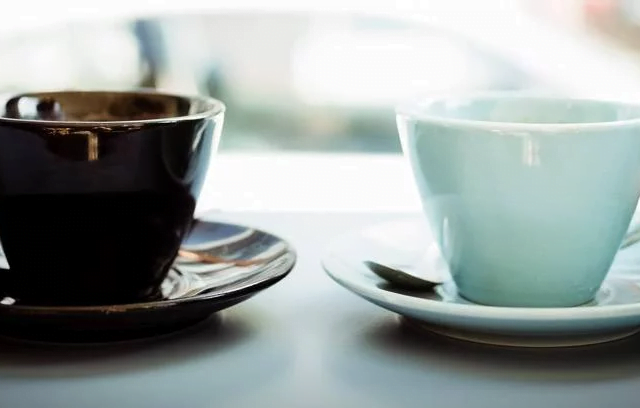 I posted a set of concerns about MA creative writing courses a while ago. I argued that they had far too little connection with the publishing market as it is today. After writing that, I looked at some course prospectuses. Here, for example, was the blurb in 2011 from UEA. “The MA does not function through exercises but by considering fiction as a form of aesthetic, psychological and cultural enquiry. Neither the poetry nor prose fiction strand is primarily commercial in direction and neither teaches conventional genre forms or, in the conventional sense, marketability.” Marketability in the conventional sense? If you wanted to be a writer – the sort who writes books that are sold in bookshops – then considering marketability in a conventional sense seems like a good idea. Here was the blurb from Goldsmiths: “The inter-relationship between theory, scholarship and the creative process is key to the Goldsmiths MPhil/PhD in Creative Writing. … Doctoral students for the PhD in Creative Writing are expected to combine their own creative writing with research into the genre or area of literature in which they are working, to gain insight into its history, development and contemporary practices. … They are also expected to engage with relevant contemporary debates about theory and practice.” I doubt publishers care. They’re probably just happy publishing good books. Here, really, is the point of this post. I’ve realised that the best courses do indeed do a stunning job for a proportion of their students. UEA can boast of the following alumni: Ian McEwan, Kazuo Ishiguro, Anne Enright, Tracy Chevalier, and plenty of others. Bath Spa says, ‘Two [of our recent students] were long-listed for the Man Booker Prize, three for the Orange Prize, one for the Costa Prize and one for the Guardian First Book Award.’ Those are strikingly good achievements. On the other hand, I’m still sceptical. A minority of talented writers may bloom to a wonderful degree. A large majority will, I think, end up being rejected by the industry, having quite possibly not been properly equipped with the skills that would have allowed them to thrive. So the conclusion remains the same. Don’t assume these courses will launch you as a writer. Research them carefully. Know what you want to write and what they want to teach. Check out your tutors. Check out what these tutors like to read, and their biases, for instance, if you’re a writer of children’s or genre fiction. Check out teaching methods. Talk to past students (and not only those who ended with a book deal.) And if you go for it – then have a wonderful time.
Read more

University courses in creative writing have become ever more common, in both the US and the UK. But are they worth it? Personally, I think many people who do such courses can be let down by them. I think the teaching is often far too removed from the market, and the writers who graduate can be underprepared for market realities. In the first place, it’s important to realise that agents and publishers wouldn’t care about your academic qualifications. My degree is in economics. I spent ten years working as an investment banker. There was nothing in my history to suggest I had any talent at creative writing, and no one cared. There’s only one aptitude test which matters, and that’s whether you can write a good book. Yes, it is true that agents will tend to stay in close touch with various creative writing schools, watching for emerging talent, but so what? The most that’ll do is ease your path into the industry. If your book is good enough, and you’re not a numpty about finding agents (we doubt you are), you’ll secure representation. Good genre fiction is quite simply good writing. It deserves proper teaching, as much as anything else. One of our first clients came to me after having completed a creative writing course at a highly respected university. He had written a thriller – clever, stylish, nasty, memorable. But it wasn’t right. It spent too much energy on the style, too little on the thriller. I helped that client out with a couple of editorial reviews. He had much talent and a great concept. The things that needed fixing were obvious, fixable. But why was I providing that feedback? Why hadn’t this guy’s tutors already told him what he needed to know? He said that they were all literary writers who didn’t relate to what he wanted to do and had hardly ever read the full-length manuscript. I feel that’s inexcusable. (Oh, and we got that writer a top agent within weeks of his having finished his final edit with us.) And even if your interest is in writing literary fiction, I’m unsure most courses will set you on the right track. Fifteen years ago, there was a market for the ‘slim’ literary novel. You got paid £5,000 for it. It sold 200 copies in hardback. It sold 3000 copies in paperback. It got some nice reviews. No one made any money. After two or three such novels, everyone agreed that enough was enough, and an author’s career ended. That just doesn’t happen now, and it shouldn’t. Novels need to command an audience. The best debuts are loud, clamouring, unforgettable things that demand attention. Zadie Smith’s White Teeth, Audrey Niffenegger’s Time Traveler’s Wife, Jonathan Safran Foer’s Everything Is Illuminated. That’s what agents are looking for. Those are the books that can launch a career. Those are the things that MA or MFA courses should be teaching. Yet the tutors often have never written such an arresting book themselves. Whilst this isn’t always the case (Scarlett Thomas teaches at Kent, and China Mieville at Warwick, and there are more besides), some tutors have published short stories and poetry, sold slim literary novels of their own, but never engaged with the industry the way that most of their students want to engage with it themselves. I do know some brilliant professional authors who used university courses to put the final finishing touches to their work, and whose careers took off as a result. I know others (more of them) who completed their courses, often with distinctions, only to find that their work was unsaleable. Creative writing tutors loved their work. Publishers didn’t. Don’t let this happen to you. If you do sign up for one of these courses, make sure you’re doing it for the right reasons. For example, do sign up for a course if: you genuinely just want the thrill and satisfaction of writing creativelyyou want the fun and company of going back to collegeyou want to broaden your feel for literatureyour course tutors have the kind of track record and publication history that you yourself aspire to If you want to write commercial fiction, or commercially successful literary fiction – if, in general, you want a career as a writer – then just consider carefully. As it happens, we run our own complete novel course, which is like a slimmed down MFA, but cheaper, less intrusive. There are other courses we have, though I’m not saying you ought to do our course or any course. And there will be a percentage of people for whom an MA or MFA in creative writing is absolutely what they ought to do. Only that percentage isn’t 100%. (Or 80%, etc.) Before signing up, do your research, ask the hard questions, and take care. Begin with the end in mind.
Read more
Page 1 of 1

LET’S MAKE GETTING AN AGENT A BIT EASIER

Based on over twelve years of working with agents